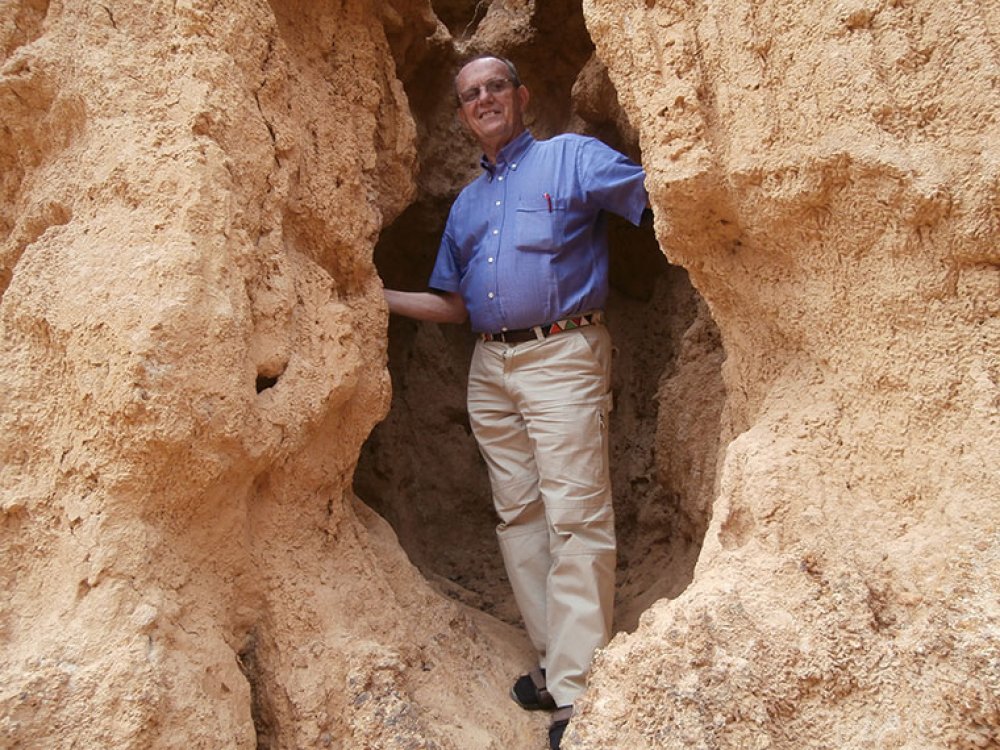 On 6th April 2015 the Consolata Brothers working in Tanzania and Kenya arrived at Bunju Spiritual Centre (CMC) in the evening. The community representative received them warmly.

Later,  had supper together with Consolata Philosophical Seminarians from Morogoro who had visited the spiritual center with their formators.

We agreed upon a brief timetable and agendas of the days we were to spend together.

7:00 am – Eucharistic celebration and lauds

Reflection on the Letter of Pope Francis ‘Rejoice’

The main theme in this letter of the pope to the consecrated men and women is joy. How a religious men and women can be a source of joy and how they can transmit this joy to the other people.

The question is what is the difference between a religious brother in vows and the other Christians? As religious, we have vowed willingly to live the evangelical counsels. Religious life is a radical way of following of Christ in the midst of the reality at hand i.e. denouncing everything to following Christ. Religious is a way of expressing our discipleship in Christ and the Church. When we follow this way, we become special gifts of the Mother Church. By our vocation, religious life, we are going to dedicate ourselves to the service of God and the church. This should always the intention of all the religious people especially as brothers in our day-to-day activities that we are involved.

In his message, Pope Francis underlines the following as the aims of this year of consecrated life:

The speaker highlighted some methods of learning wisdom, which he encourage us to embrace. These methods include:

The pope ask us to reflect on our origin i.e. our particular history. For us we should do it as Consolata missionaries. The history of our founder, the first missionaries, the origin of our congregation, the Charism and identity and why the brother in the congregation. We are called to look this if we are still in the right track, is there still the enthusiasm that the first missionaries had? Going back to our origin and history, we are preserving our identity and look forward to correct the mistake done by the other missionaries. This will help us to strength our unity of Consolata missionaries.

Still looking at the origin, we are able to grasp the ideal and the values that inspired the founder to found our congregation. The courage that the first missionaries had of these values include the enthusiasm, the missionary zeal that sometime is dying in the young missionaries, the courage to be witness even in hard situation. Let us look to our origin and embrace these values and let us not sit on them but apply them in our daily life.

The second aim is to live the present with joy. As religious we should live our own time. There are a lot of challenges of witnessing Christ in our time with joy and not in gloomy faces.  We should not worry of what is happening in the world. We should also not forget the idea of the cross as it encourage us to move forward in our way of witnessing Christ. As individual brothers, we should discover our own responsibilities in the church and in particulars the institutes, and how to respond to these responsibilities.

In this year we religious, we are called to renew our discipleship in faith in Christ. We destroy what draw us away from Christ. We need to be rooted in the meaning of gospel ie. The beatitudes and love, the desert, cross, poverty, prayer (seeking the will of God saving the brother and sister.) The pope continue to tell us that we betray our mission by the excuse of saying we are living in the insecure world.

The third aim is to embrace the future with hope. This is because of the religious are experiencing the problem and challenges of our own time. For example the decrease of the vocations and the ageing members, economical problem coming from the global financial problem, internalization and globalization and the threats of relativism (religious life has no meaning).

Jesus is still showering us with brotherly love. To inherit the kingdom of God there are conditions that we need to fulfill. We are called to live and practices the commandment and the most demanding thing is to detach ourselves and follow Christ fully. This is only possible by the practice of the virtue of love. Love defends life.  Love is everything, for us religious brothers. To love one another helps us to live in harmony and communion in the community.

In this year, our expectation as religious in the entire church is to be joyful. The pope Francis says that where there is religious life there is joy. For us religious we should be the source of joy to people and not the source of cry. The joy that religious bring to the people it contradicts the joy of the world thus we should be ready to face some hardship and we should be ready to stand firm in our own faith. In most cases now days the religious have become the source of cry, discouragement among others. Let us renew ourselves and become the source of joy to those people we are serving. We serve them with joyful faces and not gloomy faces. The pope underline that our joy is not found in the success but it is on the silence of the cross. Let us embrace the cross and learn from it. We do what we are doing in silence as our founder was telling us. We should do good in silence. As Christ’s disciples, we are called to carry and accept the cross.

This reflection brought a challenge to us brothers and provoked the discussion on these:

IMC BROTHERS AS ALLAMANO WANTED THEM

Other areas where we see brother encouraging brothers is through the diaries and letters between the founder and the brothers. Eg the letter he wrote to Bro. Benedetto, in August 4 1904 and we quote. “From your letter I see that you do not lose your cheerfulness even despite your illness. Very well. Continue with this spirit and the lord will help you…”

Discussion from the Brothers

As a terminal point on the cost for Arabs trading caravans, Bagamoyo naturally became a holding depot for slaves brought from the interior

Five kilometres south of Bagamoyo are the Kaole ruins. They are basically medieval, though some structures (including the West Mosque, once perhaps the finest on the mainland) date back on the 3rd and 4th centuries.

We also had a chance to have lunch outside and moment of socializing and sharing.

In this session, we were trying to see the way forward in our congregation about the vocation to brotherhood. It is a vocation faced by some challenges within the individual members and without. Having analyzed some of the challenges of our vocation we sat down to see the way forward to see how we can improve the way we are responding our vocation and help others appreciate it. The points below are the contribution of the brothers:

In the session, we tried to give out the outline to one of our brother, Bro. Wekesa who was requested to share about the vocation to brotherhood in this millennium.  The international Missionary conference will be held in the month of May 2015 few day before the beatification of Sr. Irene Stefani. It will be held in Catholic University of East Africa in Nairobi Kenya. It is to mark the 100 years since the Muranga Conference, which were held in Muranga Kenya, and other religious congregation will be mark different celebration during that time.

When this was presented, the brothers were very happy to hear about it and to have someone requested to share about vocation to brotherhood. Here are some of their contribution towards the one to do the presentation.

Mission experience and a messa…

Clima: a Parigi il One Planet …