The Funny Side of God 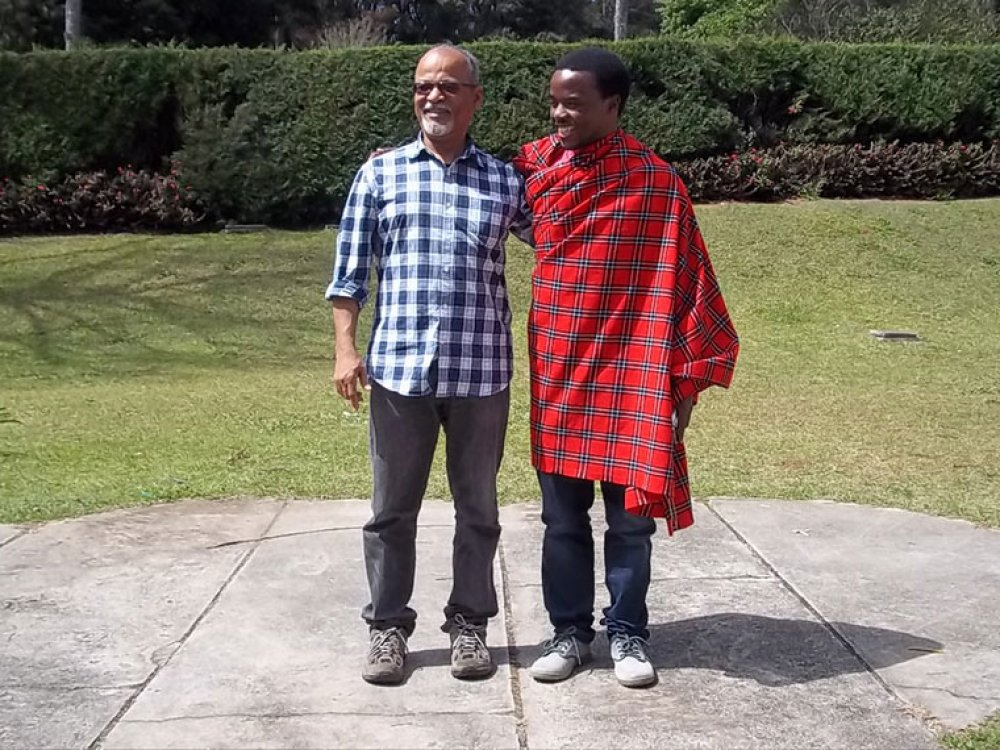 Paul expresses consecrated life through the verb «to conquer»: it evokes the event of the road to Damascus, whose story we are given three times in the book of Acts. His conversion is the source of his spiritual impulse; that is why it has been «conquered», his whole life is consecrated and advancing. It is primarily directed towards Christ: «Not that I have already obtained this or am already perfect; only I am racing to conquer it, because I have been conquered by Jesus Christ» (Phil 3, 12). It burns inside him and that is why he will be a messenger of fire, determined to pass on what he has received; it is his goal, his passion and his drama (Message from the General Superior; Founder’s Feast Day 2015)

Folks, after indulging myself to reading about Paul of Tarsus (the man known as St. Paul), I changed my mind completely from thinking that Peter was a terrible candidate to pick on for the mission, under Holy Spirit executive. His birth place made him a Roman citizen, but Saul was born of Hebrew parents and brought up within strict Jews customs. His schooling prepared him into a first-class, zealous Pharisee, one of those people Jesus called brood of vipers and white-washed tombs. So zealous was Saul the Pharisee that he personally sponsored mass execution of Christians! That was the man that the Father of our Lord Jesus Christ woke up one morning and called to take Christianity out into the world, apparently forgetting that for such a man to convert into Christianity, let alone the preacher of Christ, was almost a bigger miracle than the resurrection.

Well, the man turned out to be a minister who had to be where the action was. He believed that we become what we celebrate. The very scene of his conversion is chaotic, with a lightning that throws down his companions and completely blinds him. Shortly afterwards, to get out to Damascus in one piece, he has to be sneaked in a basket, otherwise his former henchmen would expect God to have more comfortable plans for his new brand-new minister.

Chaos literally surrounded the man as Luke records it ‘Soul’s power increase steadily and he was able to throw the whole Jewish colony at Damascus into complete confusion.’ (Acts 9:32). From then on, we encounter Paul in the crowd scenes usually at the centre of them. He would be found in the middle of a heated argument, sometimes just short of boiling points; and yes, often enough, the argument quickly developed into a riot. For some reason which I cannot yet understand, God chose a near lunatic (crazy/outrageous) to spearhead His mission out of Palestine (Galilee, Judea & Samaria). At this moment, God wants men and women who tell the story of Jesus Christ with their lives.

The Paul people knew did not chicken out of danger. ‘God’s gift was not a spirit of timidity!’ (Tim 1:7). One would be tempted to say that the pioneer missionary went out of his way to look for trouble. At Philippi, for example, the local civil authorities blundered in throwing him into jail. Well, if you knew Paul, you would not flog him in to keep quiet about it. Oh No! Not Paul. To the jailer who came to free him the next morning he had some words: ‘they have beaten us in public, uncondemned, men, who are Roman citizens, and have thrown us into prison; and now they are going to discharge us in secret? No way! Let them come and take us out themselves.’’ (Acts 16:37) and, you guessed right, Paul refused to leave the jail, until the ICC magistrates came to personally escort him to freedom! That’s heavy weighting authority!

It is impossible to pin Paul down in one description. He was a passionate Jew, yet a citizen of the world. He was a formidable opponent, yet the same man was persuasive and diplomatic. With a runaway slave (Onesmus) and with his beloved Philippians, he could be as gentle as a mother. Yet, with Peter and his critics, he would not mince or measure his words. He was a daring liberal, yet at times angrily conservative. Remember what he said to the Galatians! ‘Even if an google angel from heaven should preach to you a Gospel contrary to which we preached to you, let him be accursed’. Genius faith!

Fellow missionaries, do any of you still wonder if he/she is worthy of God’s call? Well, look at Paul. The traveller, the writer, the missionary, the preacher, the turbulent ally, the critic, the adventurer...did we say Paul was rowdy? We will say it again! Yet, even this was an aspect of his one and only vocation in ministry: to be an apostle of his Lord, Jesus Christ. Yes, his very writings reveal a man full of fire and humanity, self-sacrifice, irritability, spontaneous affection and a hundred other traits of ordinariness which summed up, only spells out a genius missionary. The world wants to touch and see if we are really brothers, supportive members of this great family of the Church, in which we receive the Life and whose mission is to love and serve humanity, especially the one who suffers. St. Augustine writes: «We have the Holy Spirit if we love the Church».

And you know what stills leaves me completely speechless? The fact that God let him come along into ministry with all his rowdiness! The rowdy mystic. Yes, that must be a tag name for Paul. The first to give the Christian movement a theology, no one ever grasped the insight into the mystery of Christ as deep as this think-tank. He fought battles, but he would not loose war. For the he was a mystic. Yet, I am almost convinced that if Paul were merely a mystic, he would be a rather inadequate model for ministry. Loved or hated, without the earthquake that Paul brought about wherever he went, Christianity probably would never have survived at all, would never have reached Rome, Sadani, Itapevi, Mendoza, you and me. So his radical side may as well have been, don’t you think?

It makes me wonder, does God ever set out to ‘correct’ a person’s character? Rather, doesn’t He make use of even the ‘worst’ of characters, improve on them and employ them in his mission? I wonder....I keep wondering these soups surprise of Intelligent design.

With the actual pop culture of selfie, consume and dish out, and where appearance has turn out to be a standard, such moral and ethical questions, becomes opium business. The prevailing philosophies today are; hedonism, minimalism and individualism. These down to earth sagas affect all walks of life, that is why we need figure and personality like Paul, those who believe and live the power of logos.

Very dear Missionaries, let us not lose sight of Christ as our beloved Founder, Blessed Joseph Allamano, did and taught us; let us try to follow him, step by step, to the last and supreme place of his love. Then, we will be able, throughout our lives, to be truly witnesses, apostles whom our world needs. It is urgently to walk down what C.S. Lewis once shouted; ̎all that we call human history- money, poverty, ambition, war, prostitution, classes, united estates, slavery is the long terrible story of man trying to find something other than God which will make him happy.

Journeying with our people dur…