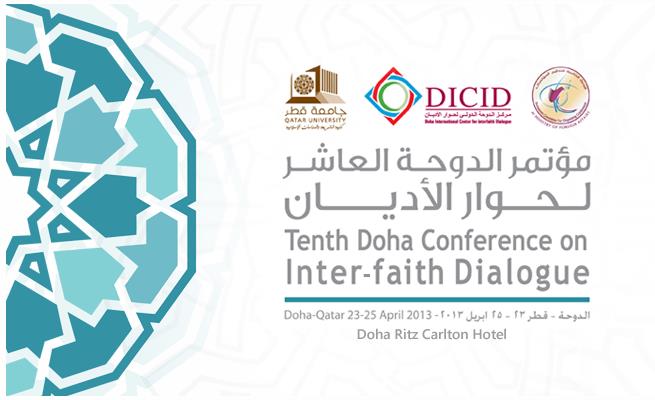 Our present world no ceases to look for miracles, people strive daily looking for miracles through which they strongly believe to find better life. But let me tell you, I have been witness of a great event which I have considered as a valuable answer to many people looking for miracles for better life.
I have been in DOHA (QATAR), where I was invited to take part in a meeting on interfaith dialogue, organized by the DICID (Doha International Center for Interfaith Dialogue) in collaboration with Qatar Justice and Foreign affairs ministries. A three days meeting (April 23rd to 25th 2013), which has united 300 participants coming from 70 countries of all the continents. Among participants were Jews, Christians, Muslims, Hindis, Buddhists, believers from traditional religions…, and I would say that it was a “MIRACLE” to see the harmony which characterized the plenary sessions and small group sessions. It was amazing to see how participants were getting in touch and sharing with one another experiences, wishes, addresses in order to remain in touch and continue sharing even in the future. It was not just a fact of coincidence, all was made possible because of the inner desire of relationships find within any man, that is the vertical relationship between man and God, as well as the horizontal relationship between each man, his fellow man and with all other creatures of GOD.
Participants were divided in four groups and each group has to reflect and share on one topic. Topic 1: EDUCATION (ACADEMIC) (Research and teaching, Content development, Teachers and students training in Dialogue). 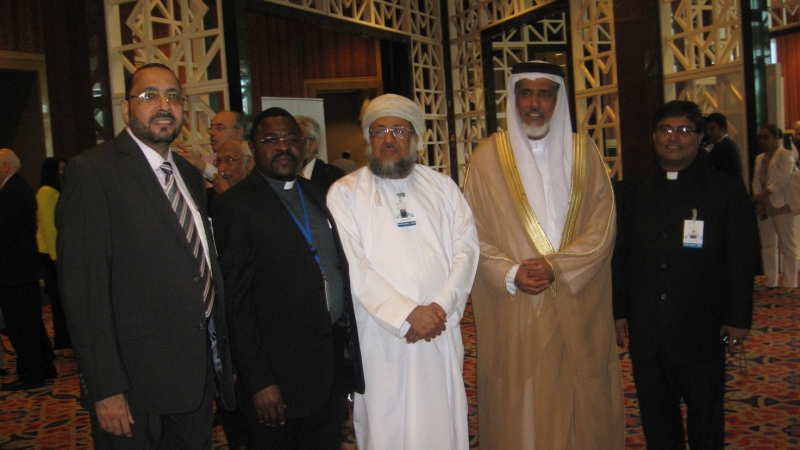 After a full day of group sessions, here are for each topic, few recommendations given by the last plenary session:

Topic 1: EDUCATION: It was underlined the urgency of: - Education and training for community leaders, community members specially the young ones in order to avoid flagrant ignorance and misunderstanding. - knowing his own scriptures (Torah, Bible, Qur’an…) and why not those of others. - the search for common ground which comes alongside the acknowledgement of differences, so it is important to get to know diversities existing in each religion and between religions. (intra and inter-religions diversities) - studying, opening spaces of acknowledgement and dialogue between monotheistic religions, with the no-monotheistic religions, even with the no-believers. - including courses of interfaith dialogue in curricula of national education of each nation longing for harmony and peace among nations and among religions. - Researchers at higher education institutes to work closely with interfaith organizations to promote interfaith spirit and dialogue around the world.

Topic 2: JUSTICE: It was recommended: - that religions may fight together so that charity may be done taking into consideration the principles of human dignity, equality and justice. Helping the poor ones aiming their promotion and development. - so that may be created seine and safe environment for workers and let justice be really done in a their remunerations. - That Jews, Christians, Muslims, Hindis, Buddhists and others believers may fight against poverty which takes away human dignity and is usually caused by injustice among people and nations. – No Justice … No Peace… No Dialogue ! 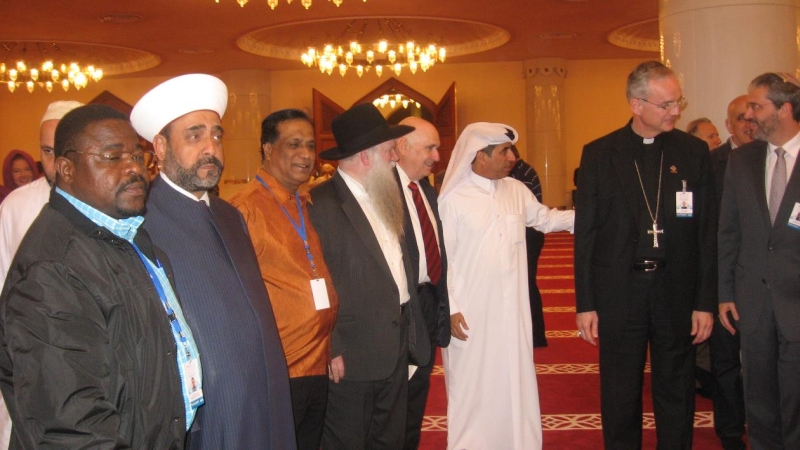 Topic 3: CONFLICT RESOLUTION AND PEACE: - Dialogue is the very recommended tool to tackle problems, to reduce conflicts or to bring solutions to conflicts for harmony of creation. - Attitudes of tolerance and compassion should be used to avoid or resolve various conflicts. - Let communities or societies be accompanied on dealing with the post-conflict period for effective reconciliation and healing. - Let us valorize and make use of individual and collective building capacities find in any of religious leaders or communities. Topic 4: MEDIA CULTURE: - As the power of mass media makes a great impact on people, let’s make a good use of media to make know the necessity of interfaith dialogue, the need of mutual respect, mutual understanding mutual appreciation and collaboration between members of different religions. - Let’s present the values of diversities and let’s invite people specially the young ones to join to the conversation on interfaith dialogue.

This meeting has been for me and for many of my fellow participants an event witnessing that as religions have a lot of aspects in common although some diversities, harmony and peaceful coexistence in mutual understanding and solidarity are possible amongst people of different faith communities. So, less words let’s bring more actions which can build bridges and strengthen social bonds amongst multi-religious societies.
Finally, the conference urged the world community to denounce strongly any form of violence and protection against religious leaders and communities. The conference noted with great concern the ongoing violence against civilians and places of worship in Syria especially the abduction of Metropolitan Boulos Yazigi and Metropolitan Yohanna Ibrahim both of whom had intended to take part in his conference and who had made such important contributions to interfaith dialogue in the region and beyond.

The coming meeting that the “DICID” is looking forward to organizing will be about “The protection of religious communities et their sacred symbols”. Dates will be announced later on.
N.B: Anyone who would like to know more about the DICID (Doha International Center for Interfaith Dialogue) can visit the website available in Arabic and in English: www.dicid.org Hindus from India 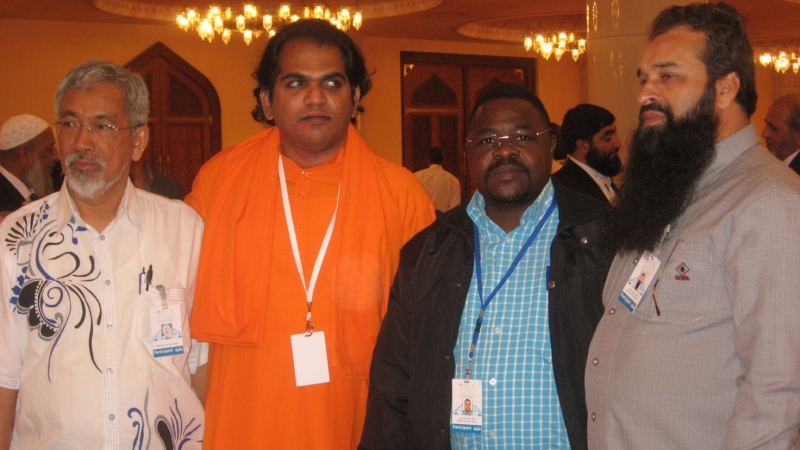