Memorial Mass in Toronto, Canada for 148 killed in Kenya 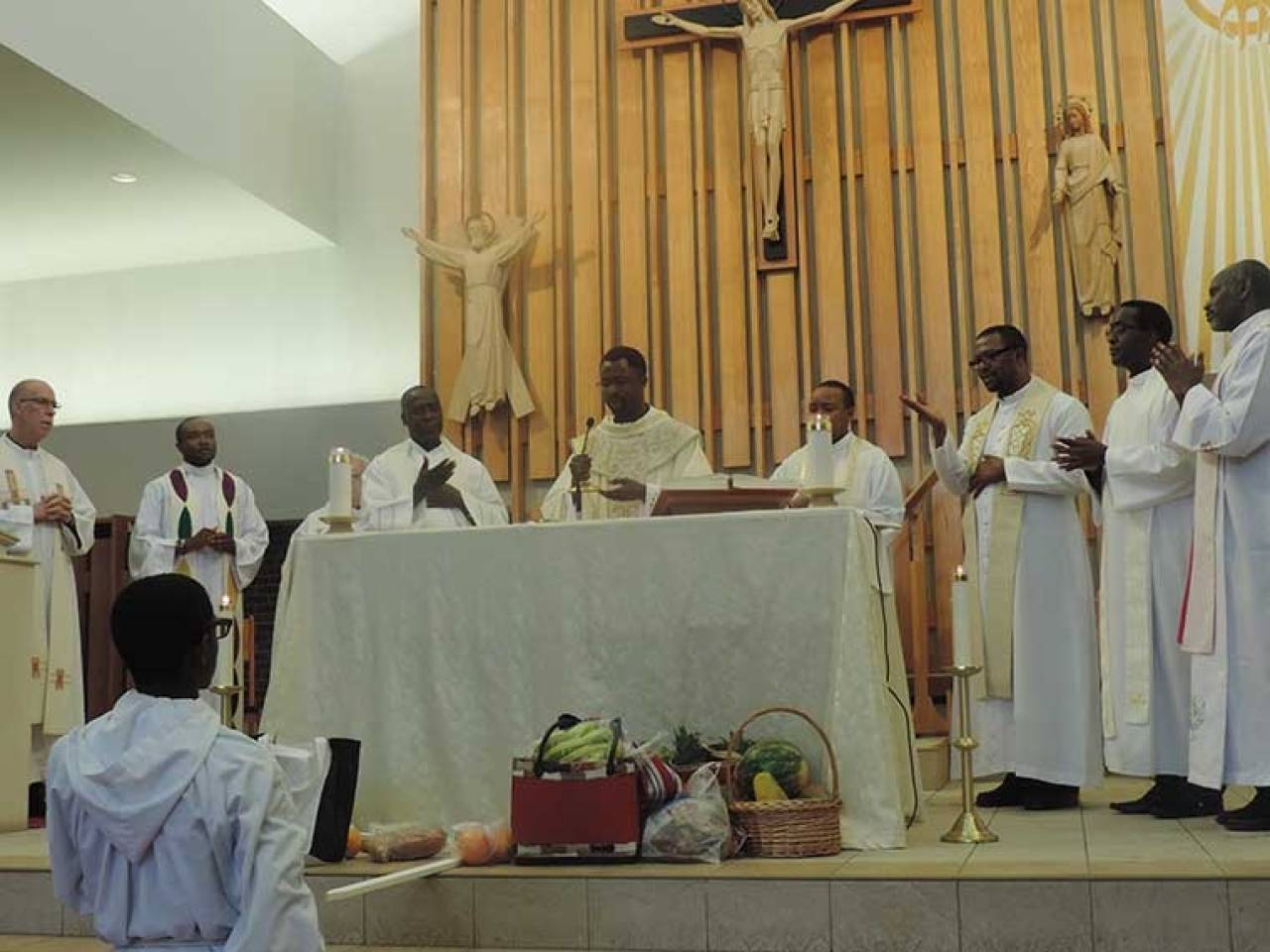 “These are our martyrs of today, and they are many.
We can say that there are more of them now than there were in the early centuries.
I hope the international community does not look on, mute and inert, at such an unacceptable crime,” Pope Francis.

The St. Andrew Parish community and other neighbouring parishioners, together with hundreds of Kenyans from different religious beliefs, held a memorial mass at St. Andrew's parish - 2547 Kipling Avenue, Toronto, Ontario, to remember the Kenyans who were killed in Garrissa last month. The celebration was well attended by various priests from the diocese, together with the Consolata missionaries in Toronto, who are in charge of St. Andrew parish, and numerous faithful including the Kenyan High Commissioner from Ottawa, H. E. John Lanyusunya.

The celebration started with blessing of 148 crosses, with names of the victims inscribed, at the front side of the church. Introducing the celebration, Fr. Michael Mutinda, Consolata missionary, who presided the mass, highlighted that the Holy Thursday’s attack on Kenya’s Garrissa University College in eastern Kenya, where terrorist al-Shabaab gunmen killed 148 people, most of them students aged between 19 and 23 struck a particular nerve because, in a country with no significant natural resources and a scant social safety net, parents make huge sacrifices to educate their offspring in the hope that they in turn will support their families – and in many cases whole clans. Fr. Michael stressed that he killings robbed many families of their best and brightest – young people on whose shoulders rested hopes and aspirations.

During the homily, Fr. Alex Osei, Holy Ghost missionary and the national director of the PMS in Canada highlighted that the Church in Kenya is joined by the international community at large in mourning all who lost their lives. He continued, 'we condole with the parents and relatives who lost their loved ones and assure them of our continued prayers, especially during this painful period. For those still in hospital, we pray for their quick recovery and peace of mind. For those who survived with minor or no injuries, we wish them speedy recovery from the psycho-social trauma and resumption of their studies'. citing the reading of the day, ascension of the lord, Fr. Alex commented that it is time for repentance, action and hope; repentance from evil doings and senseless killings, action to bear true witness to risen lord as the 148 did, and hope despite all the struggles in our lives and despite all the suffering in the hands of those who kill in whichever reason.

The celebration was truly coloured by songs, prayers and even African dances for bible and offertory procession which, was led by the Catholic Swahili community in Toronto.

Once the mass was over, the congregants gathered around the crosses and one by one they picked the 148 crosses to take home. It did not matter whether you were from Kenya, Uganda, Tanzania, Malta, Jamaica, Ghana, Philippines, Canada or Nigeria or whatever country. The support and solidarity showed in this space transcended cultural, ethnic and religious backgrounds.  The moment was solemn and congregants expressed the desire to lay those gone to rest in peace.

A moment of sharing some foods and drinks followed in the parish hall. And as a sign of honour and tribute to the fallen 148 souls, the Canadian and Kenya national anthems were sung, followed by a minute of total silence. There were beautiful poems, songs and prayers shared at this moment as a tribute to 148 victims. From young children in catechism to youth, from adult choirs to the Knights of Columbus the sharing was immense and the messaging of the importance of preserving life and grace for those who did wrong resonated with the congregants.

It would not go forgotten the precious words addressed by the Kenyan high commissioner in Canada, H. E. John L. Lanyasunya, to the congregants. He appreciated the invitation and the attitude St. Andrew parish had taken to pray for the 148 Kenyans killed in Garrissa. Emphasising the words earlier spoken by Fr. Jose Fernandes, Consolata missionary, the high commissioner said that he was pleased to note how Kenya is not just a missionary country but the first and ever beloved mission country of the Consolata missionaries since 1902 when they arrived in the land. "Am much pleased to see Kenyan missionaries at St. Andrew parish, giving back what they received from the European missionaries in Kenya", he added.

"On behalf of the bereaved families, I thank you for the love and for sharing our pain of the 148 youth that we lost in that brutal attack. I assure you that the concern and prayers from is a consolation and a reward to the families of the victims," John said. He added: "We truly appreciate the gesture and this shows that we are one community and a family and the border between us can never be a barrier." He however, cautioned all those present and the world at large, to watch over each other. "It is in our power to be our brother's keeper therefore I request that everybody in the community sensitize themselves on the evils of terrorism." The high commissioner highlighted that terrorism threat by extremist forces is one of the most urgent problems facing the world today, and is not a matter of religion, colour, country, or sex; "terrorists cannot be categorized in any case, they are just criminal terrorists and need to be condemned by all," said the commissioner. He called for a common strategy and joint efforts by all the peoples to fight and defeat the terrorist forces that are determined to roll back the gains the human race has been making. The high commissioner commented that Kenya remains a friendly country to all and will continue to welcome and protect all who wish to visit the country.

Following this tragedy, Kenyans have launched a social media campaign to remember those who died at Garrissa University College in eastern Kenya. Using the hashtag #147notjustanumber, friends and families of the victims, journalists and others on Twitter have begun to honour the lives of those who died – sharing the photographs, names, ages and character portraits as the details become available.

The ceremony was closed amidst 'utamaduni" Kenyan dances. Then vote of thanks and prayers led by Fr. Michael Mutinda, IMC. 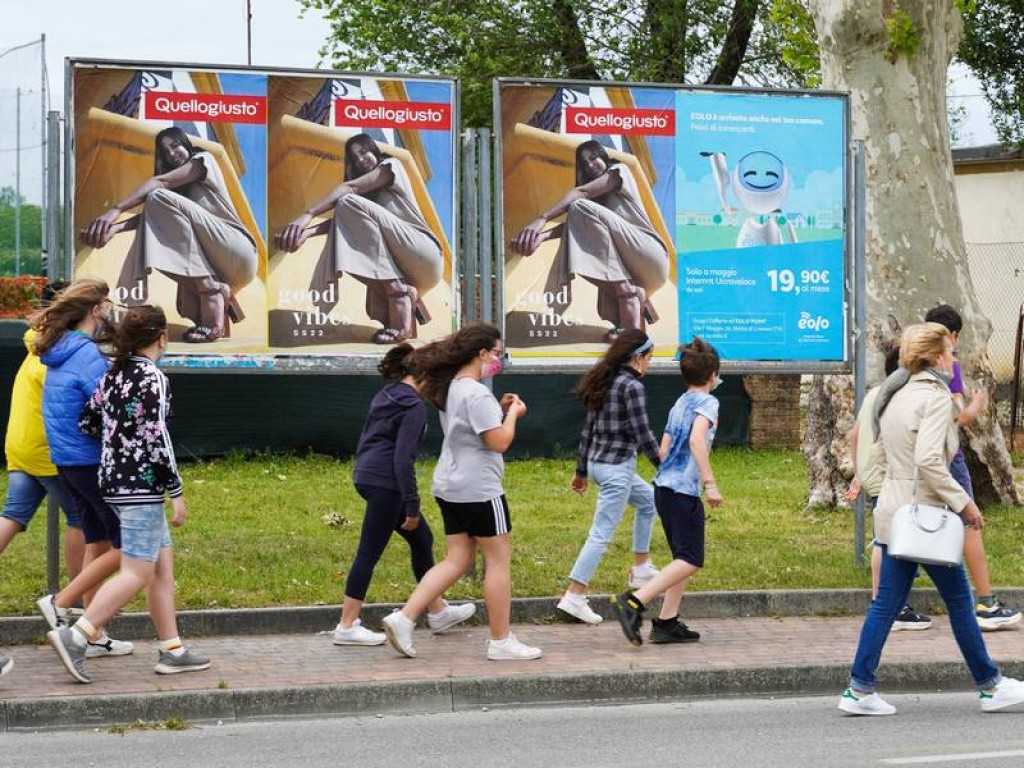 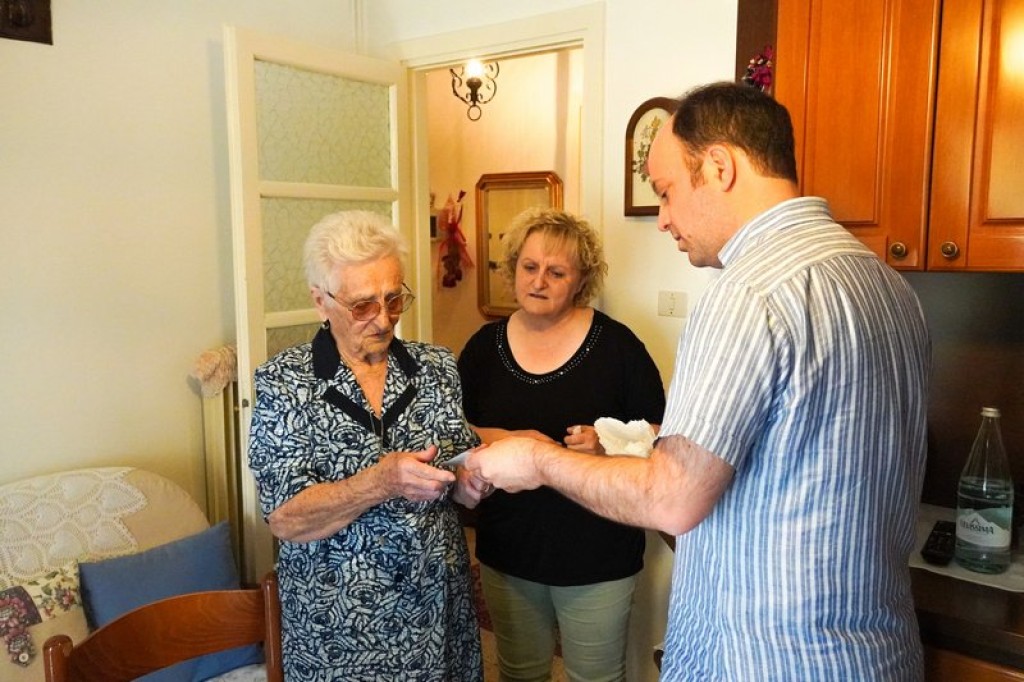 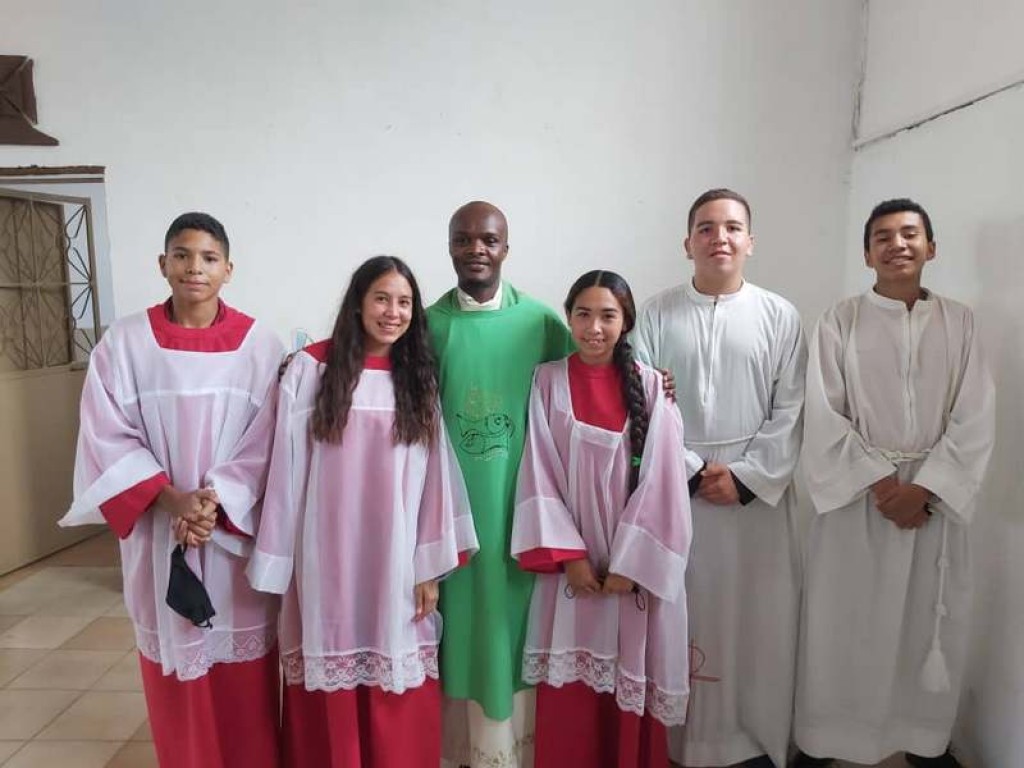 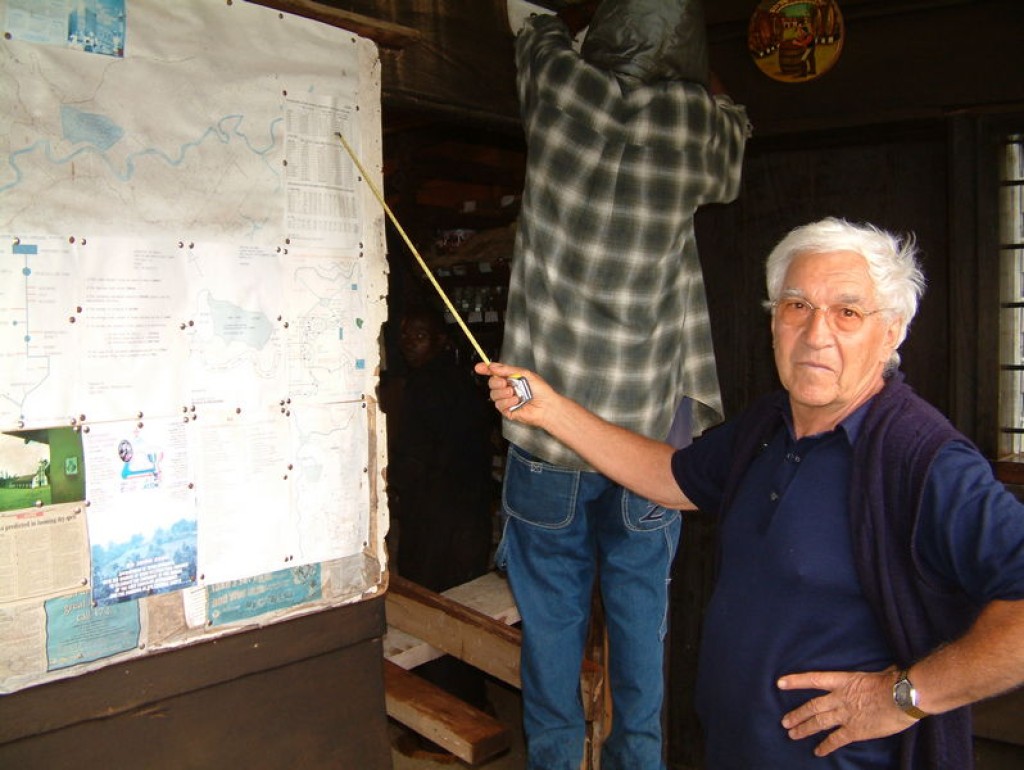 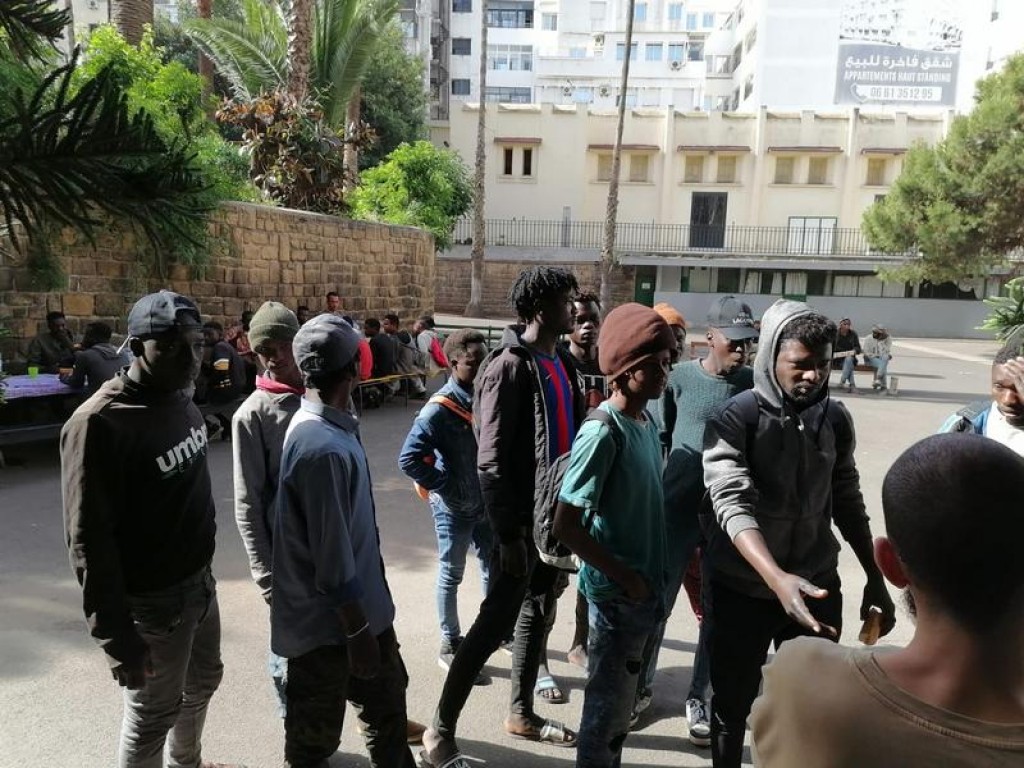 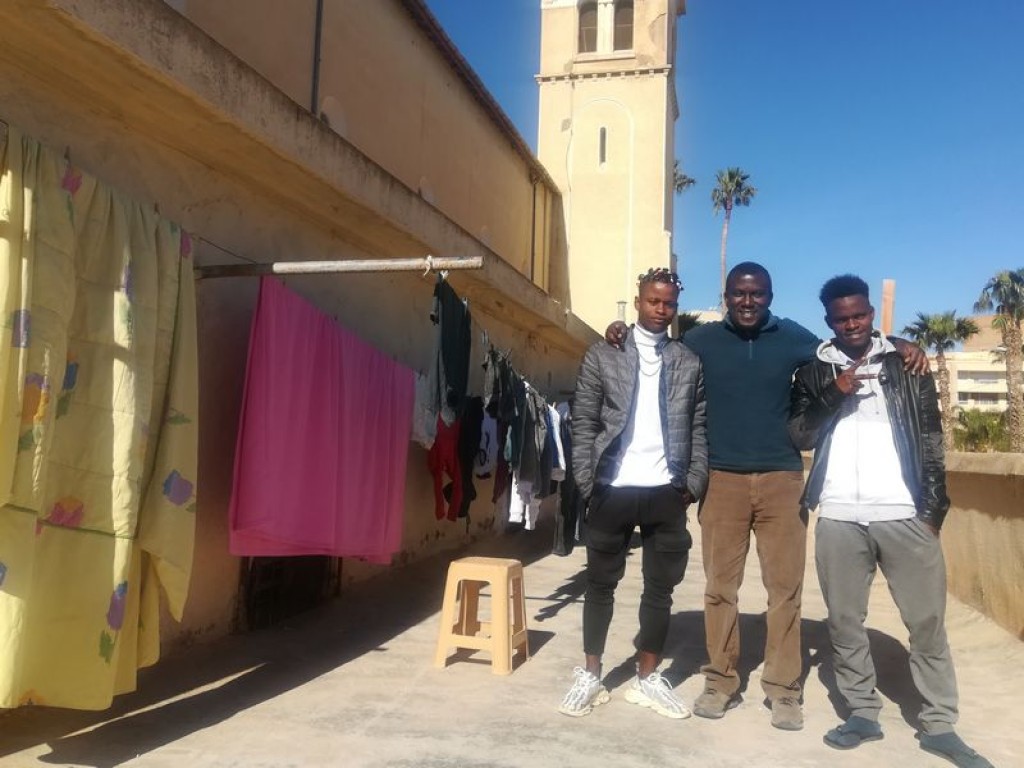 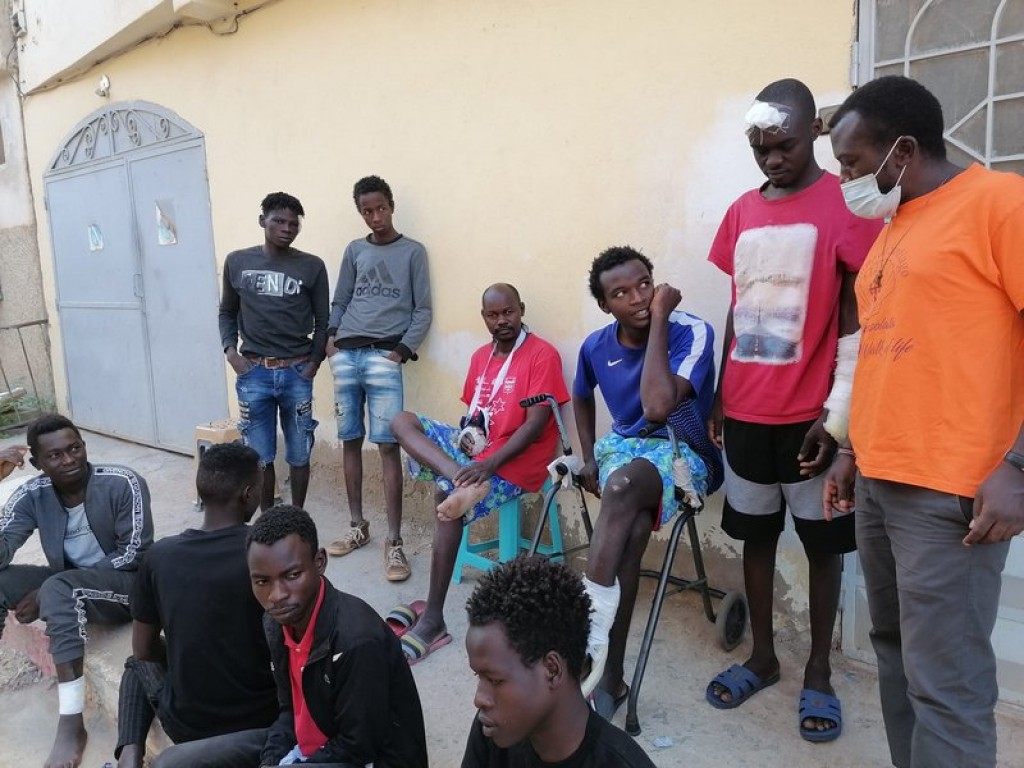 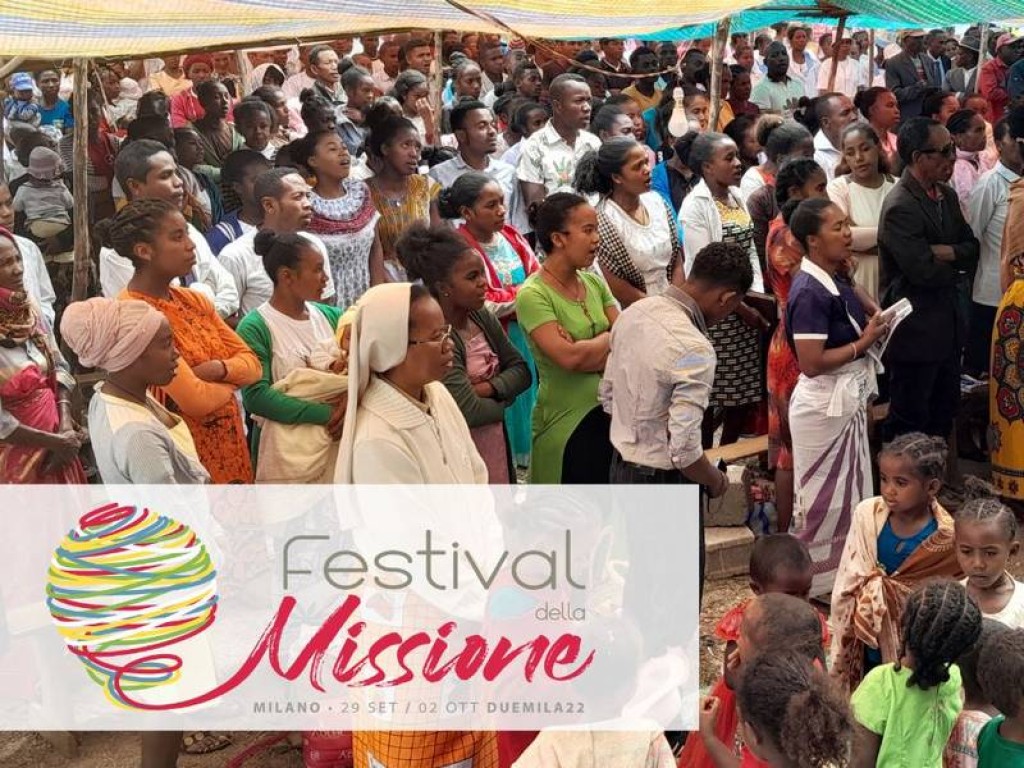 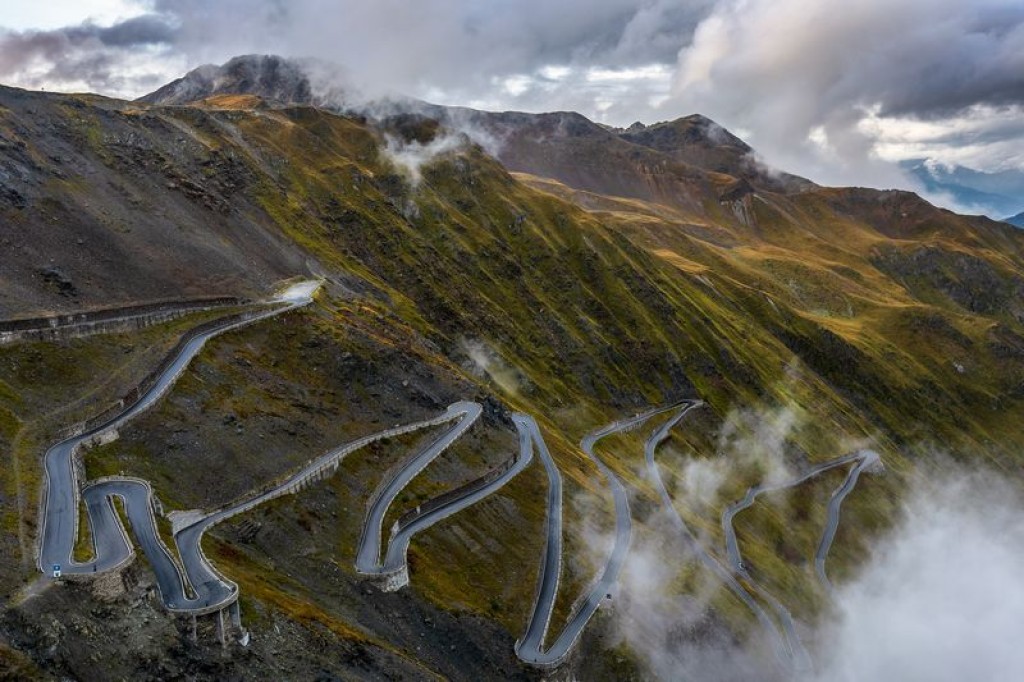 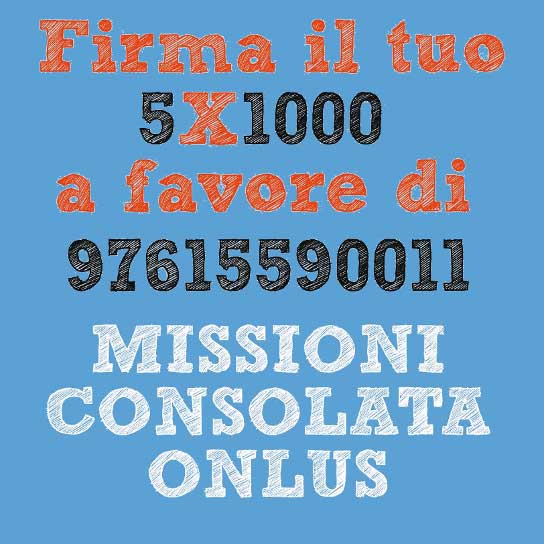